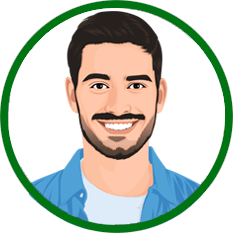 This article explains slot RTP and volatility, the two primary factors determining how much and how often you can expect to win at a particular casino game. We demonstrate how RTP and volatility affect gameplay and how you can leverage these aspects according to your budget and betting strategy.

Why RTP and Volatility Matters

A slot game engine primarily consists of RTP (Return to Player) and volatility. Simply put, these factors determine how much and how often you stand to win at a particular game.

The RTP percentage determines how much of the total wagered amount is returned to players in the form of winnings. While volatility determines how often a slot pays out and the general size of the wins.

Once you understand how these factors affect gameplay, you can pick games that suit your bankroll and bet size. Moreover, you can consistently increase your chances of winning at the casino.

Here’s what RTP is in a nutshell:

Return to Player explains how much of the total wagers a slot machine returns to players in the form of winnings. Online games in general return between 94% and 99%, with the average hovering around the 96% mark.

But you must never forget that the RTP percentage is calculated over an infinite number of spins. This means it never indicates how much you can expect to win during a gaming session. Since the winnings are distributed among all players, you can’t expect to win $96 for every $100 wagered.

Here’s what volatility is in a nutshell:

Volatility is expressed on a scale of 1 to 5 or 1 to 10 and is often labelled low, medium, or high. There is no universal standard for defining volatility, and game providers generally rate volatility differently.

This doesn’t mean that you can’t strike the jackpot on low-volatile slots. However, when compared to high-volatile slots, the difference in the winning sum is noticeable.

The Relationship Between RTP and Volatility

As evident from the previous example, there is no direct correlation between RTP and volatility. This means that a high-volatile game can have low RTP and vice versa.

The RTP is simply a measure of how much of the betting sum is returned to the player. At the same time, volatility defines how the funds are returned in terms of individual wins and the size of the winning sum.

How to Pick Slots Based on RTP and Volatility?

Here are the basic guidelines for picking slots:

When wagering at the casino, you always want to win as much as possible as soon as possible. And by comparing the RTP and volatility of video slots, you can pick games that suit your strategy and bankroll. However, you should never forget that video slots are a game of chance. But you can always work on improving the odds of winning.

If you’re starting with a larger bankroll, you can choose high-volatile games right from the get-go. The key is being patient and accepting that you will probably lose a significant sum before hitting a big win. However, when you win, the massive multipliers will make up for the losses endured along the way and probably give you a decent amount of wiggle room for future bets.

Always pick games with the highest RTP. As a rule of thumb, games with over 96% RTP have a higher chance of returning your investments, irrespective of their volatility.

How do RTP and Volatility Affect Bonus Wagering?

Here’s how to choose a slot when wagering a bonus:

When wagering a bonus, always aim for low-volatile slots. Scoring multiple wins will increase your chances of staying afloat for a longer duration while gradually meeting the playthrough requirements.

If you choose a high-volatile game, you will likely run out of bonus points before hitting a substantial win. However, if you hit the jackpot, you’ll probably overcome the wagering requirement and score some extra credits that are ready for withdrawal. However, that is a risk that you should try and avoid.

At the end of the day, the casino’s win limit restricts how much you can withdraw at a go. So, it doesn’t matter whether you win big when playing for the wagering requirements.

We advise that you wager the no deposit bonus on a low-volatile slot. Once you exceed the playthrough requirements, you can play with real money without worrying about win limits and other restrictions.

Here are our top picks based on low, medium, and high volatility:

One of the most popular low-volatile games from Swedish game maker Yggdrasil. Ozwin’s Jackpots boasts stunning graphics and exciting gameplay. The plot revolves around Ozwin, the magician who oversees his apprentice’s efforts to lift an ancient curse that could return the wizard to human form.

The game flaunts multiple bonus features and more than five jackpots. Although Yggdrasil classifies the game as low-volatile, Ozwin’s Jackpots offers a respectable max win while the RTP is on the higher side of the spectrum.

Based on the popular Mexican holiday, Día de Los Muertos (Day of the Dead), this humoristic video slot has a fun theme, exciting gameplay, and excellent animations. Add that to low volatility and decent RTP, and we have the perfect recipe for frequent payouts.

The highlights of Esqueleto Explosivo include Dropping symbols, Explosive Wilds, and Mucho multipliers. Once you get the hang of the game, it’s not difficult to see why it’s one of Thunderstruck’s flagship games.

Miles Bellhouse and the Gears of Time

Powered by Betsoft’s signature 3D graphics, Miles Bellhouse and the Gears of Time uses a 5x5 cluster pay network. The plot revolves around Miles, a young scientist who performs crazy experiments with time in his lab.

Like all of Betsoft’s games, the animations and graphics are on point. The exceptionally high RTP makes Miles Bellhouse and the Gears of Time a compelling proposition. Several exciting bonus features support the plot to create an immersive gaming experience.

Big Bucks Bandits Megaways flaunts several bonus features and 117,649 ways to win. The game returns upwards of $300,000, which is in the high-volatile video slot category. Yggdrasil, however, has labelled the game as medium volatile. So, the game is rated between medium and high volatility.

This epic game based on Greek mythology flaunts several prominent deities that you must seek out in the quest for massive wins. Betsoft has emerged with an original and intriguing concept where you must toggle through the list of Gods during the gameplay.

A new God takes charge of the reels after every ten spins. The Deity in charge unloads their superpowers on the reels during the God Event that happens at the end of each cycle. The game’s background depicts Greek statues and temple ruins and five deities appear across the five reels. Apart from the Cycle of Gods feature, Take Olympus flaunts two bonus features that complement the base game and set the stage for an even larger win.

But it’s not just the game engine that has made Big Bad Wolf popular among players. The plot has a lot to do with it too. Based on one of the most popular fairy tales, the game instantly connects with players. Add that to immersive gameplay, excellent graphics, fantastic animations, and intriguing bonus features and you have the perfect recipe for success.

Charles Ingel is our resident casino and bonus review expert. He makes sure that every bonus on our site is active and tests for fairness. Charles sees to it that we have the best no deposit promos of any online bonus site.

Claim No Deposit Free Spins Free Chips And Much More

Sign Up To Our Newsletter To Take Advantage Of Our Fantastic Offers.